Usability testing is a technique used in user-centered interaction design to evaluate a product by testing it on users. This can be seen as an irreplaceable usabilitypractice, since it gives direct input on how real users use the system.[1] This is in contrast with usability inspection methods where experts use different methods to evaluate a user interface without involving users.

Usability testing focuses on measuring a human-made product’s capacity to meet its intended purpose. Examples of products that commonly benefit from usability testing are foods, consumer products, web sites or web applications, computer interfaces, documents, and devices. Usability testing measures the usability, or ease of use, of a specific object or set of objects, whereas general human-computer interaction studies attempt to formulate universal principles.

What is it not

Simply gathering opinions on an object or document is market research or qualitative research rather than usability testing. Usability testing usually involves systematic observation under controlled conditions to determine how well people can use the product.[2] However, often both qualitative and usability testing are used in combination, to better understand users’ motivations/perceptions, in addition to their actions.

[2] However, often both qualitative and usability testing are used in combination, to better understand users’ motivations/perceptions, in addition to their actions.

Rather than showing users a rough draft and asking, “Do you understand this?”, usability testing involves watching people trying to use something for its intended purpose. For example, when testing instructions for assembling a toy, the test subjects should be given the instructions and a box of parts and, rather than being asked to comment on the parts and materials, they are asked to put the toy together. Instruction phrasing, illustration quality, and the toy’s design all affect the assembly process. 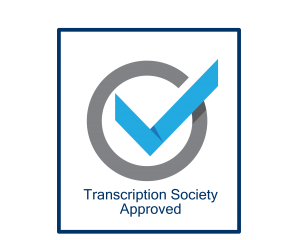 The Transcription Society is a not for profit organisation providing accreditation to individual transcribers and transcription companies in the UK and worldwide.